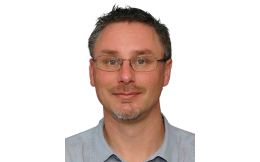 Darren is a Principal Engineer with Safearth Consulting. He received his BE(Elec.)(Hons I) (1993), BMaths (1994) and PhD (2004) from the University of Newcastle, Australia. In 1992 what was Shortland Electricity instigated a business unit known as Safearth Engineered Solutions, or Safearth, of which Darren was one of the original members. In the ensuing years that group grew to over 30 staff and in 2008 changed its name to Network Earthing. During that time Darren was involved in consulting, training and R&D. Before joining Safearth Consulting in 2011 as Principal Engineer, Darren’s roles included Development Manager and two years as Acting Principal Consultant.

For over 20 years Darren has investigated and managed the risks associated with earthing, lightning protection and interference. The more notable projects include investigations of the Snowy Mountains Hydro Scheme, Pacrim West OFC interference, CLP interference in Hong Kong and a number of forensic investigations. Darren has delivered formal earthing training, including over 20 earthing short courses for the ESAA/ENA across Australia, New Zealand and Asia, and has presented at numerous conferences including CIGRE and the IEEE. Darren co-delivered an appendix for AS2067 on earthing system testing and is the editor of the ENA Working Group tasked to publish on risk to telecommunications assets from power system earthing hazards and the recent revision of EG-1.