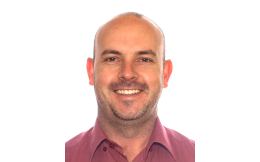 Mr Chris Shaw has been designing, testing, commissioning and auditing high voltage earthing systems for projects and operations across Australia since he joined Safearth in 2007. During this time, Chris has gained experiences that traverse industry boundaries, working for power utilities, thermal, renewable and hydro generators, quarries and mines, road tunnels and rail expansion projects. He has played a significant role in the development of numerous items of the Safearth test equipment suite, as well as performing shock and failure investigations. He has presented at numerous conferences in Australia and has developed and delivered training courses in earthing design and testing methods.

Since 2014, Chris has been actively performing grounding testing across the USA. He has coordinated various activities for Safearth’s USA operation since its establishment in 2015. Chris has provided training and customer support as required for the growing number of customers and clients across the USA.