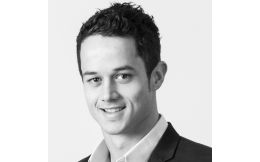 Having four years’ experience in the power industry, Torry has already been involved in a diverse range of projects.  During his last year of study, Torry worked for Mercury (Mighty River Power) within the geothermal division working on asset management studies for several of the geothermal power stations within the central North Island, NZ.  Since completing his degree with the University of Canterbury in 2014, Torry secured a full-time job at Mitton ElectroNet as Engineer within the Earthing Team.

Within the Earthing Team Torry has been utilising his technical skills working on earthing related projects, namely: soil resistivity analysis, earth system modelling/design, right through to on-site earth system testing within NZ and Australia.  Aside from earthing related projects, Torry has been heavily involved in completing arc-flash studies and implementing arc-flash protection schemes for both LV and HV systems.

Torry is also the Project Director of the Earthing Team, where he is responsible for managing key clients Australasia wide.